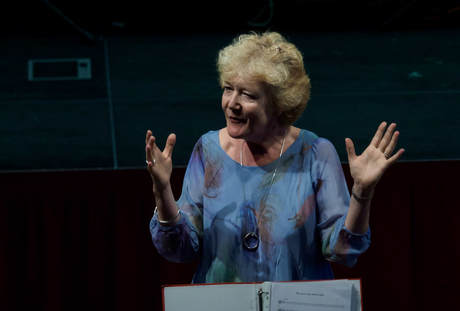 Kate has had a long and illustrious career working in theatre and  television. She specializes in writing for, and working with, actor musicians, starting with what is considered to be the first hit actor musician show, RETURN TO THE FORBIDDEN PLANET, which won the 1992 Olivier award for best new musical.

She has written music for five series of the BAFTA award-winning GRANDPA IN MY POCKET, currently airing on cbeebies. Other television composing includes THE HA HA HAIRIES for the Cartoon Network, two HTV Wales comedy series, FFLAT HUW PUW and SONANDANI, and presenting and writing music for six series of LET'S PRETEND. She wrote the music for the CD box set of Roald Dahl children's stories for Penguin Audiobooks.

Current projects include writing music for two new pre school television series MY MAGIC THEATRE and BITZYBOOS, which can be watched via the Bogglesox youtube channel.

Kate has written music and lyrics for ten pantomimes for Salisbury Playhouse, (all published by Weinberger), and many pantomimes and Christmas shows around the country. Notable work as Musical Director includes INTO THE WOODS, York Theatre Royal (TMA award for best Musical), CABARET, Novello Theatre, starring Wayne Sleep and THE THREEPENNY OPERA, Donmar Warehouse.  She has also written three musicals for children to perform, DRAGONFIRE, WITCHWOOD and RUN RABBIT, RUN (also published by Weinberger).  Further details of all these shows can be found here. 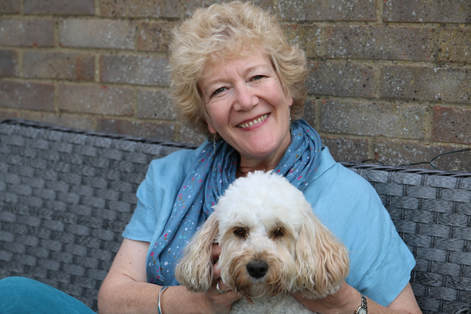 Since moving to Salisbury in 2008, Kate is delighted to have returned to the  Salisbury Playhouse, as Musical Director for A MAN OF NO IMPORTANCE, THE RECRUITING OFFICER, LONDON CALLING, CAN’T BUY ME LOVE and WORST WEDDING EVER.

Kate has always combined her theatre work with teaching at drama schools, including RADA, LAMDA, Rose Bruford, Mountview, GSA, Royal Welsh College of Music and Drama, Winchester and Chichester Universities and at Bournemouth and Poole College. She is also in demand as an adjudicator at music festivals, including most recently, judging the International Voice of Musical Theatre at this year's Llangollen Eisteddfod.

As well as writing and teaching, her main focus is running her five Salisbury – based choirs – Amici, The Coffee Choir,  Downton Community Choir, The Navy Larks and The Kate Edgar Singers